Mayweather was one of the six world-class athletes HuffPost recently asked about their diet habits, and he wasn’t alone in terms of not always sticking to a super healthy, highly disciplined nutrition plan. From a pro soccer player to a female UFC champ, check out these athletes’ responses below, and then scroll down to see what two nutritionists had to say about diets for workouts:

In a previous interview, Mayweather told HuffPost, “I don’t really have a diet because I walk around at my fight weight. I can basically eat anything, but if I cheat, it makes me work that much harder.”

She also stated that she ate chicken between events. On competition days, Salo ate eggs, fruit and coffee for breakfast and later chicken, eggs, beans and energy bars. Spealler said that after competitions he would eat chicken with sweet potatoes or something similar and that he drank “a ton” of water.

Want to roll like the world’s top men’s tennis player? Start by drinking loads of warm water all day long, as well as shakes made with pea protein concentrate. Avoid dairy and stay away from alcohol during tournaments.

Banish caffeine, other than the occasional energy gel bar before matches. When your in professional sports that require stamina and strength, you need to be at your peak fitness. Nobody likes to get half way through an event and have the wheels fall off.

Be sure to get seven to eight hours of sleep a night, meditate, do plenty of yoga and tai chi, take melatonin supplements, hook yourself up to a biofeedback machine that measures your stress level and, when you have a free moment or two, keep a diary.

Feel free to unwind with a cup of warm licorice tea.

Pro athletes—including many, many tennis players—are well known for their quirks and compulsions, both on the field and off. Djokovic doesn’t have nearly as many of these as Rafael Nadal, whom Djokovic calls “a ball of nervous tics and superstitious rituals.”

When an enzyme-linked immunosorbent assay (ELISA) test showed Djokovic had a strong intolerance to wheat and dairy, he went without gluten for 14 days and felt great. Then the doctor asked him to eat a bagel.

“I felt as though I’d woken up with a hangover,” he writes. Djokovic swore off gluten for good and ended up losing 11 pounds. He says he feels faster, more flexible and better able to concentrate.

Since he started his new diet, he writes, “My allergies abated; my asthma disappeared; my fears and doubts were replaced by confidence.” He adds: “I have not had a serious cold or flu in nearly three years.”

When the Cactus League schedule begins Wednesday, fans attending games at Camelback Ranch will be able to choose between new concession items such as bacon on a stick or an 18-inch slice of pizza.

But Dodgers players arrived in training camp this spring to find some decidedly healthier changes in the food rooms on the major- and minor-league sides of the training complex.

“One of the things we’ve talked about is becoming the healthiest organization in professional sports,” said Gabe Kapler, hired as the Dodgers’ new director of player development this winter, echoing a boast that appears at the top of the menu board daily. “We are devoted to that. We will be relentless in becoming that.” 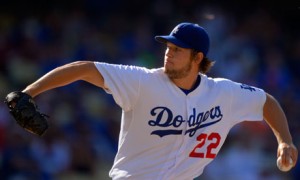 Kapler emphasizes that the healthy-foods initiative has been a collaborative effort in a restructured organization that is “passionate about mining value at the margins,” whether by analytics or other means.

So far, the changes have been met with a minimal amount of free-range griping. When Howie Kendrick complained that there was no syrup to put on his breakfast foods – and threatened to start smuggling Aunt Jemima’s into the clubhouse – he found a bottle of organic maple syrup from Sprouts Farmers Market waiting in his locker, courtesy of Kapler.

Scott Van Slyke took matters into his own hands – hands, no doubt, complete with orange-tinged fingertips. He bought a supply of Cheetos and stashed them in his locker. For Darwin Barney, his contraband of choice was ketchup and brown-sugar oatmeal.

Justin Turner adopted a healthier lifestyle this winter, working out at Dodger Stadium and following a nutrition program put together for him by McDaniel’s wife, Andrea.

Finding healthy foods might be the biggest challenge for minor-leaguers. As outfielder Scott Schebler puts it, most minor-leaguers’ main food source is “shoot, anything that’s open after 11 o’clock – Denny’s, Applebees, do you want me to name them all?”