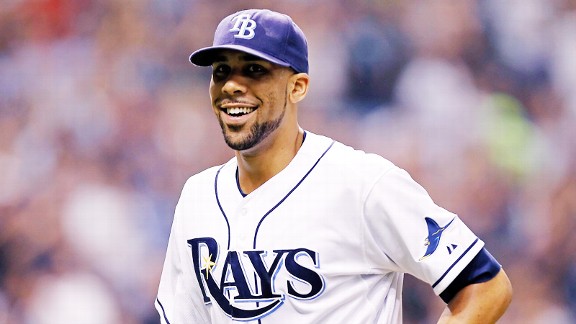 I’ve heard all this stuff before, all throughout my playing days. Don’t run over the pitcher’s mound because it’s sacred ground. Don’t pimp home runs because it’s disrespectful to the game. Don’t throw inside unless you want one of your own players getting buzzed. Don’t do this or that unless you have enough service time under your belt, in which case do whatever you want.

None of the players passing along their wisdom seemed to realize that it was all completely arbitrary. No one came close to acknowledging, “You know, it’s stupid and none of us know where it came from, and before we go fracturing some poor rookie’s wrist because he looked too happy about going yard on a vet, we should really sit down and ask ourselves if the punishment fits the crime.”

It’s not hard to see why the system endures. Young MLB Baseball players, most of whom are just worried about keeping their jobs and fitting in, will pick an older player to emulate.

They pretty much have to since if they don’t fall in line with a veteran’s whims, they will get labeled selfish. Those young players will eventually come into their own, and turn into older players themselves with rookies looking up to them.

They’ll perpetuate their received wisdom about what “playing the game the right way” entails, and on it will go, cycle after cycle, players learning to play the game correctly as first laid down by God knows who, with the nonbelievers being summarily shunned.

Major League Baseball has adjusted the transfer rule, effective immediately, the league has announced. Things will essentially go back to the way they were before this season. Here’s the announcement:

“Under the new rule, a player had to cleanly transfer the ball from his glove to his throwing hand for it to be considered a catch. In the past, bobbling the transfer was still considered an out. It had been like that pretty much since the dawn of baseball.”

There was an uproar from players and coaches regarding the new interpretation of the rule during the first weeks of the season. MLB, the players’ union and the umpires’ union got together and agreed to revise the rule recently. The league is also considering adjustments to the new home plate collision rules.

The 2014 season will debut an experimental rule to increase player safety and attempt to limit collisions at the plate. The rule states that the runner attempting to score will not go out of his way to hit the catcher.

If the runner does so, he is out, regardless of where the ball is. Also, the catcher cannot block the path of the runner unless the catcher is in the possession of the ball.

Overall, this rule seems to be a nice compromise between the players and the league. It allows for the excitement of home plate plays to still exist, but ensures more intentional collisions to become obsolete.

This minor tweak in the rule system shouldn’t affect how catchers prepare for the season; just allow them to play longer. More players are beginning to realize the affects collisions may have on their body and how they function later on in life.

We have seen collisions go wrong before, such as Pete Rose colliding with Ray Fosse in the 1970 All-Star Game. The allstar game didn’t have the same meaning it does today, so it was out of hand when Rose engaged the collision. When Buster Posey was involved in a 2011 collision, it limited his season to 45 games.

As he often does, Red Sox slugger David Ortiz takes a good look at a home run, this one a two-run shot to right-center in the sixth inning.

Ortiz on Major League Baseball’s decision to suspend Red Sox pitcher Brandon Workman, but not Price, after Price hit Ortiz on purpose: “I guess the rules aren’t for everybody.’’

The facts are indisputable. Price hit two Red Sox batters and was neither ejected nor suspended. Workman did not hit anybody and was slapped with a six-game suspension. No justice. The umpires would have been better off if they’d tossed Price when he hit Ortiz. Once that didn’t happen, things got out of hand in a bad way for Boston.

The rules say you’re not supposed to dog it out of the batter’s box. Ortiz jogs or gives up on a regular basis. And nobody calls him on it because . . . well, everybody loves Big Papi.

The rules say you’re supposed to be ejected if you argue balls and strikes with the home plate umpire. Ortiz reacts as if he just dropped an anvil on his foot after just about every called strike.

But the umps are good to him because he is good to them. Watch him tap the home plate ump’s shin guard when he first steps into the batter’s box for the night. It’s like Kevin Garnett insisting on eye contact with all three officials before the opening tap of every game. The umps all love Big Papi.

Ortiz can’t help himself. When he drives a baseball toward the bleachers, he poses longer than Gisele Bundchen. And his jog around the bases takes longer than that of any other player in baseball. If you are a pitcher, every Ortiz homer says, “Take that, chump!’’

But nobody is bothered by this because everybody loves Big Papi and well, you know, that’s David being David and that’s the way he’s always done it. Read more…